Congrats to Team 14 - Messick for reaching 1200 miles this weekend!  She helped with the timing ride for the Te-Kote Turkey Trot CTR coming up at the end of September and rode 49 miles during this hot weekend.

August 26th, just one more week and August will be over and here comes fall :-)  Gonna be hot this coming week, so ride early and make sure both you and your horse drink lots of water :-) 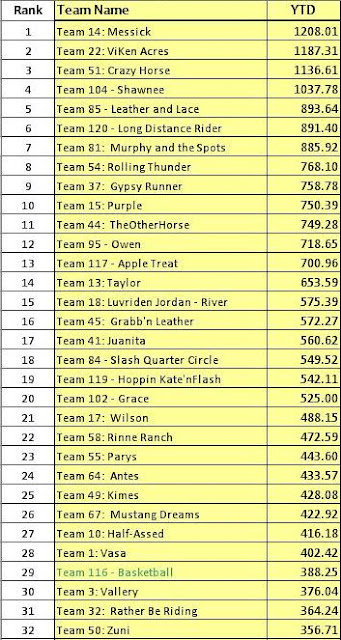 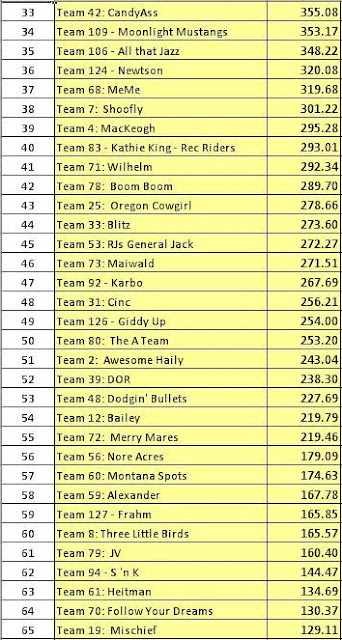 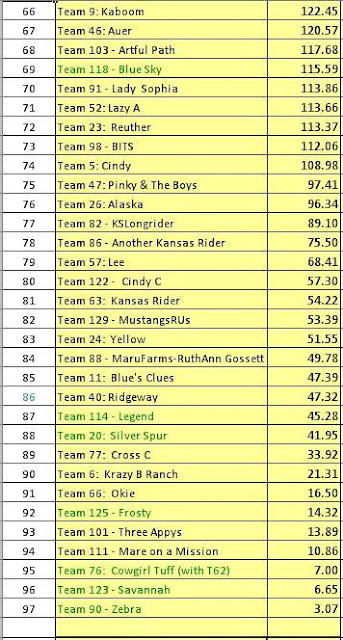 Posted by Distance Derby at 8:58 PM No comments:

Still riding until he was 89 years old.

I never had the honor of meeting this amazing rider, but many of derby riders in the Lincoln and Omaha, NE area did.  He had the passion that we all understand and kept riding till a week before he passed away.  I sure hope I can still be riding when I am that age.  RIP Mr. Ketzler, you are an inspiration for riders everywhere! 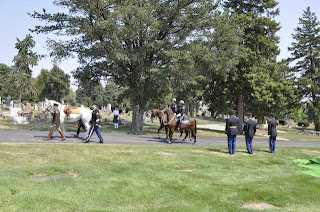 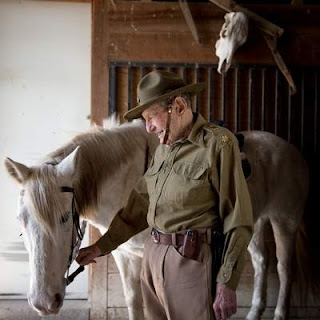 Donovan “Van” Ketzler has made his final ride. Ketzler, 89, a horseback rider who trained others how to ride during World War II, died Thursday of an apparent heart attack in his Omaha apartment.
He had been president of the Dehner Boot Co. in Omaha until semi-retiring about 24 years ago. But he continued going to work as chairman emeritus to the end, his children said Saturday.
Ketzler also helped create the Omaha Police Department mounted patrol. And he helped found the North Hills Hunt, a group that relishes the riding and camaraderie more than it cares about hunting foxes, said son Jeff Ketzler of Omaha.
The Dehner Boot Co. makes equestrian and military boots and boots for law enforcement. President Ronald Reagan enjoyed wearing the boots. So did Jacqueline Kennedy Onassis. The company's roots are in Kansas, but it was moved to Omaha in the early 1930s.
Ketzler began riding horses as a boy at Fort Omaha and became an excellent rider, competing for a time. He understood horses and had a rapport with them, said son Jon Ketzler of Madison, Wis.
“He taught me how to fall before he taught me how to ride,” he said. “Dad said you had to fall off a horse 75 times before you could call yourself a horseman.”
Friend Vicki Krecek said Ketzler rode his horse Snowy just a week ago in the Valley, Neb., area. Three weeks ago he rode for two hours. “The horse was exhausted,” said Krecek, an avid rider herself. He was a tough guy who didn't mind getting banged up a bit. Krecek said if he suffered a scrape or worse — he broke his leg while getting used to Snowy 17 years ago — he liked to say: “Well, it's a long way from my heart.”
Donovan Ketzler graduated from Central High School and enlisted during World War II. He served as a riding and weaponry instructor at Fort Riley, Kan. He was shipped to India, Burma and China during the war and retired from the Army Reserve as a major in the early 1970s, his children said. He flew the American flag from his apartment balcony. Ketzler told a World-Herald reporter in the spring: “I was a cavalryman, I am a cavalryman and I'll die a cavalryman.”
He and his wife, Bette, were married for 62 years and loved to travel. Bette Ketzler died in 2009.  His dog, a Jack Russell terrier named Poteen, was his close companion in his final years.
Jeff Ketzler said then-Mayor P.J. Morgan asked Ketzler in the 1980s if it might be possible to start a mounted patrol in Omaha. “That was the wrong thing to say to my dad, because with him, everything was possible,” Jeff Ketzler said. The patrol now has a strong presence here.
Article published by Omaha.com on August 18, 2013 By Rick Ruggles / World-Herald staff writer
Posted by Distance Derby at 7:48 PM 6 comments:

Middle of the month Leaderboard Update is here.  Most of the schools are back in session which means more riding or less riding.....I guess it depends doesn't it :-)  Have a great week everyone.  Congrats Team 22  for leading the way this week! 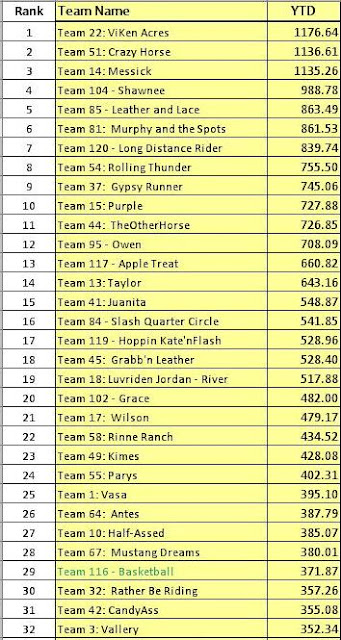 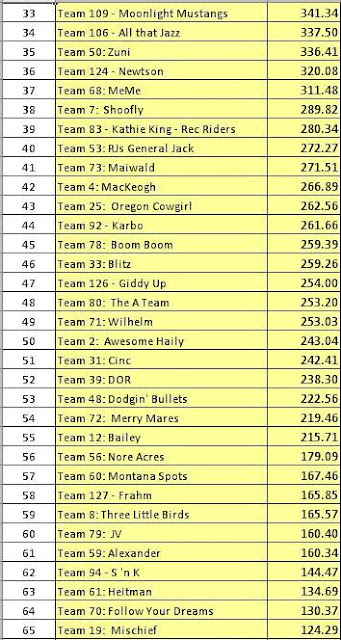 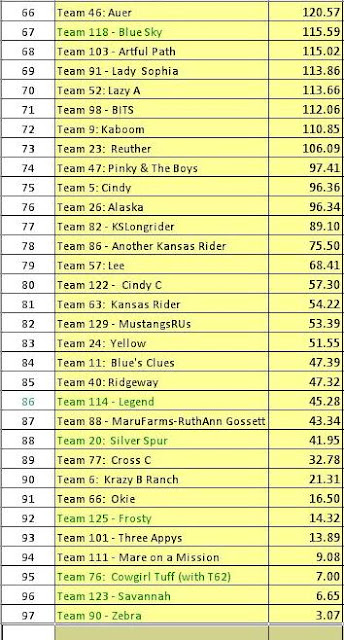 I was reading on the AERC facebook page and someone was talking about wanting to use their phone for a 50 mile endurance ride but her phone's battery wouldn't last that long.
One rider posted she put her phone in Airplane Mode so her battery lasted longer.  I was interested since I use my phone alot for my derby miles (it records more miles then my Garmin GPS).  So I did a google search.  http://en.wikipedia.org/wiki/Airplane_mode.  I have a Droid Razr X and on my phone I found out that it does save your battery, but it turns off the ability to send or receive calls or texts.  That's OK for me, I don't really want to send or get calls while I am riding.  If you try to send a text or call it will ask if you want to switch it back.  Saying yes will automatically switch it off and send your text or call.  Since I like to ride lots of miles for many hours this is great news :-)

More great news is if you switch your phone to airplane mode, you can charge your battery faster.  Almost the same as turning your phone off but easier.

Thought I would share a little info with my fellow derby riders.  Gotta get all the derby miles we can :-)

Well it is August already!  This has been such a nice month for most of the country that everyone is riding alot!  Awesome riders.  Don't forget to let Tammy know if you want a Distance Derby T-shirt soon, so she can get them ordered and delivered.  I, for 1, am really excited to wear my shirt and have people ask me what it is.....how about you???? 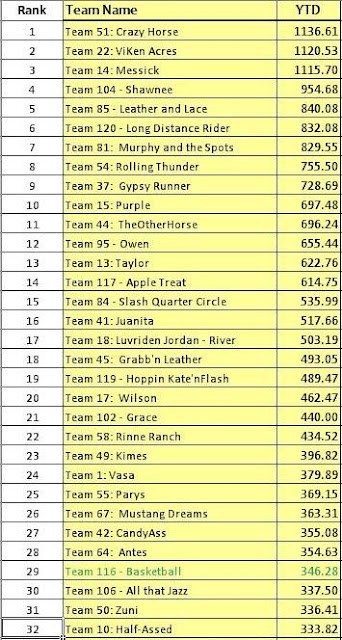 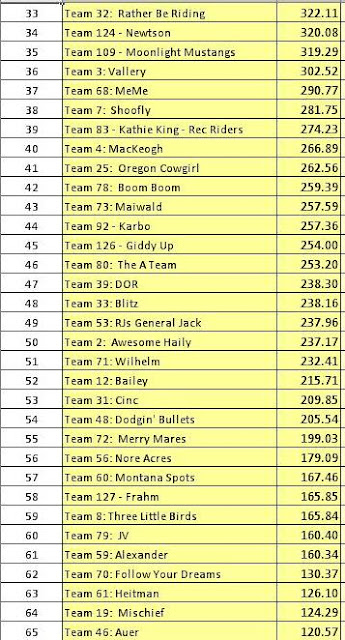 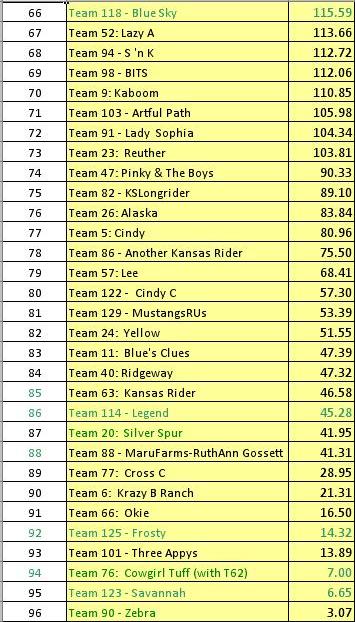 Posted by Distance Derby at 9:30 PM No comments: 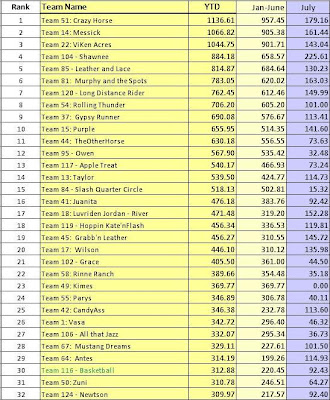 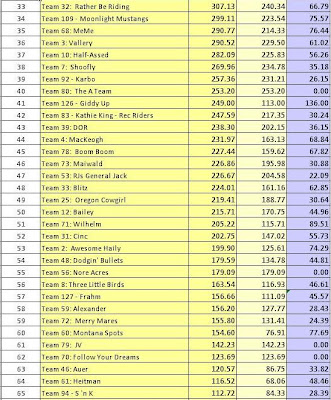 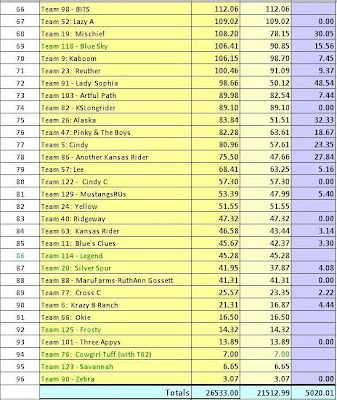 Finally,  I know, I know… We are halfway into Year 2 of the Great Horsetrailriders Distance Derby and I am just now getting the shirts going.   I think you kindly for your patience.  This is a fun way to commemorate our ride and to identify other Distance Derby riders around our trails and across the country!

These shirts are available in short sleeve or long sleeve t-shirt, tank tops and hoodies in an assortment of colors.   I have combined the orders for the Distance Derby with those for Horsetales & the Platte River Riders.  You can see all the shirts on Horsetrailriders.com.  Or you can go direct to order information by following this link.  All prices and order instructions are shown.  If you have any questions, let me know.  You can make comments here or send me an email.    All orders must be in by August 16. 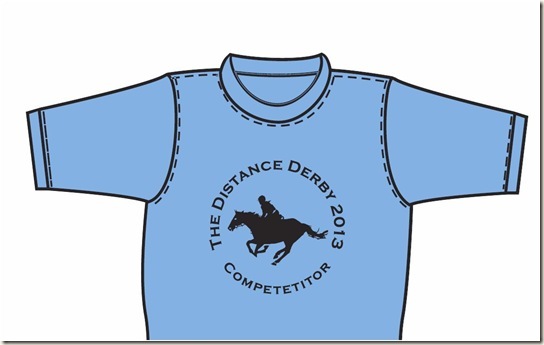 If you have any questions, email me or enter in comments below.    ~Tammy