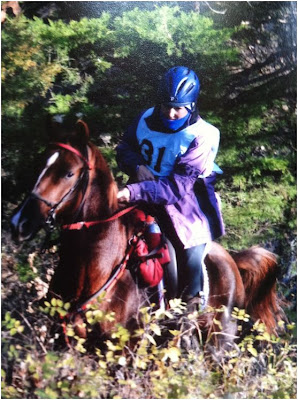 My name is Virginia Prey.  I live north of Lincoln, Nebraska.  Riding is my therapy!  And when I'm not riding, I am thinking about it!  My motto is live to ride, ride to live.

I currently have eight horses, six of them under saddle and three of them I compete in NATRC and AERC.  Out of those three, I really don't have a main mount because it changes.  I have Missouri Fox Trotters, Arabians and a 1/2 Arabian.  My eight consists of two stallions;  one MFT double registered War Eagle's Running Bear and one Arabian, Rushcreek Garrett.  My mares consist of two Arabians,  Cameo Night Star and Rushcreek Daisy;  three MFT mares,  Steppin Out Annie D, Fantasy Moon Dancer and ViKen's Bearoness and half-Arabian ViKen's Bearacuda.

"No philosophers so thoroughly comprehend us as dogs and horses."  ~Herman Melville