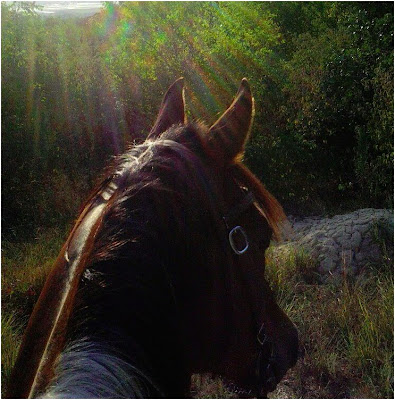 Just me and the spotted Arabian now. Well, and about half a hundred wonderful horses that people allow me to guest upon, here and there. Last year, Dec 31, Royal and I were still loping circles in the pasture. I was afraid to take him out on the road, afraid to see what I would run into with him out there in the big bad world. Jan 1, I think we made like 2 whole miles in there.
This is not going to cut it, I said to self, and the Derby was on! We are now everywhere we can get to and building the partnership of a lifetime! Made some good new friends last year and strengthened bonds with old ones! Let 2013 ring!